Discover the meaning of the presence of Black, Indigenous and people of Color in Montreal through poetry on themes such as identity, inclusion and belonging.

Mother would call us her sweet yellow beans, her reason to live, her pursuit. Would pursue our
dreams over hers, find her sense of belonging through us. She would go on about fairy tales late
at night when we couldn't bear our head to sleep, when stubborn ears couldn't faint at the
sounds of twinkle melodies.
‍
Her voice so composed to which it became a lullaby. There she reminds her very own of their
roots, how we are made of rare gold, how despite our softness and malleability, we shouldn't
lose ourselves in a world in constant movement, in a world that wants more than it could give,
wants more than it could protect, who will greed over our existence than nurture love. As if she
knew from somewhere, somehow, something I could only come close to awareness later on.
‍
We were her little treasures. Her pride extends beyond her existence, co-exist and lives on
through future generations. She would sow seeds of flowers of hope on thick skin, knowing that
it won’t be easy, that it will require more than sun and water for them to grow and blossom.
‍
While she stands awake watching over her precious gems, her heart aches for what she only
knew. As she grieves over the loss of home, she would build shelter, a future for her children so
we wouldn't have to wake up to nightmares but dream till the very end.
‍
Mother would embrace us in her arms, make one last hug before moonlight paints her face
pale. Home is here, where we could feel safe and love she weeps, reassuring her children and
more than ever, herself. Home is warmth, lost people found in each other, not a rooftop nor
fixed place. Home is where we could go whenever strayed, whenever life sprints become
difficult to catch up, whenever fear eats us up.
‍
Like half-spoken fairy tales, mother has left out of her story that the presence of loved ones
does not guarantee, guard us from cruelty, that the strength of her devotion could not shield us
from the harm done towards my brothers and sisters.
‍
How do we build up the confidence, the courage to own ourselves, when silver and diamonds
remain popular in their eyes? How do I convince others that I am made a golden token, not
loonies to be traded, exchanged? when often misunderstood, cast aside to put them in the top
spotlight?

Like circular wedding rings displayed on giant windows, whose function is to carry, mould and
adapt to those around us to build a sense of worth. Chosen not for who we are but for the
gems we bring forward, for the weight of carat we can lift, weight of oppressions we could hold
in.
‍
Whose labelled price tag cost our lives, branded to appeal and sell American dreams, to create
false expectations and competition. We are the symbolic proof of a unified nation until death
does them part, there to save broken marriages, mend a love we are not responsible for, yet
this same ring could not unify, make peace with the fragmented pieces hidden within us.
‍
I hybrid, navigate between multiple identities like a never-ending race. Quiet as one could be in
a crowd, like a ghost watching hundreds of egos speak. And when the same crowd becomes
stagnant, burn-out from their trials of performance, convincing and procurement, we are the
ones to raise the volume, to fill in the gap of space we have not allowed ourselves to take up
upon all these years.
‍
I do not want to be the gold that projects reflections. I want to outshine, bloom by embracing
my truth. I no longer want to be a living shadow, no longer want to be one that only shines
through when rays of diamonds strike me. 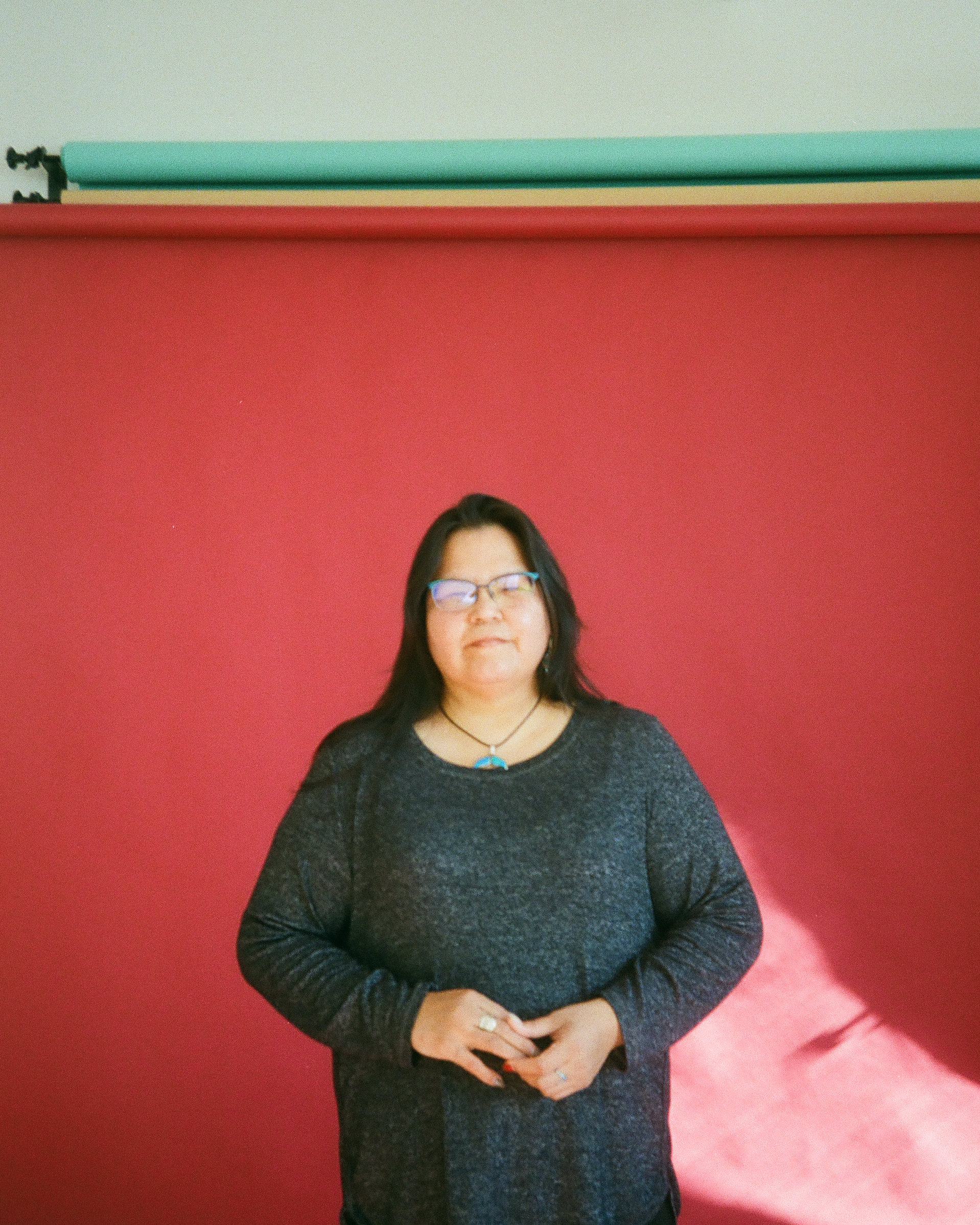 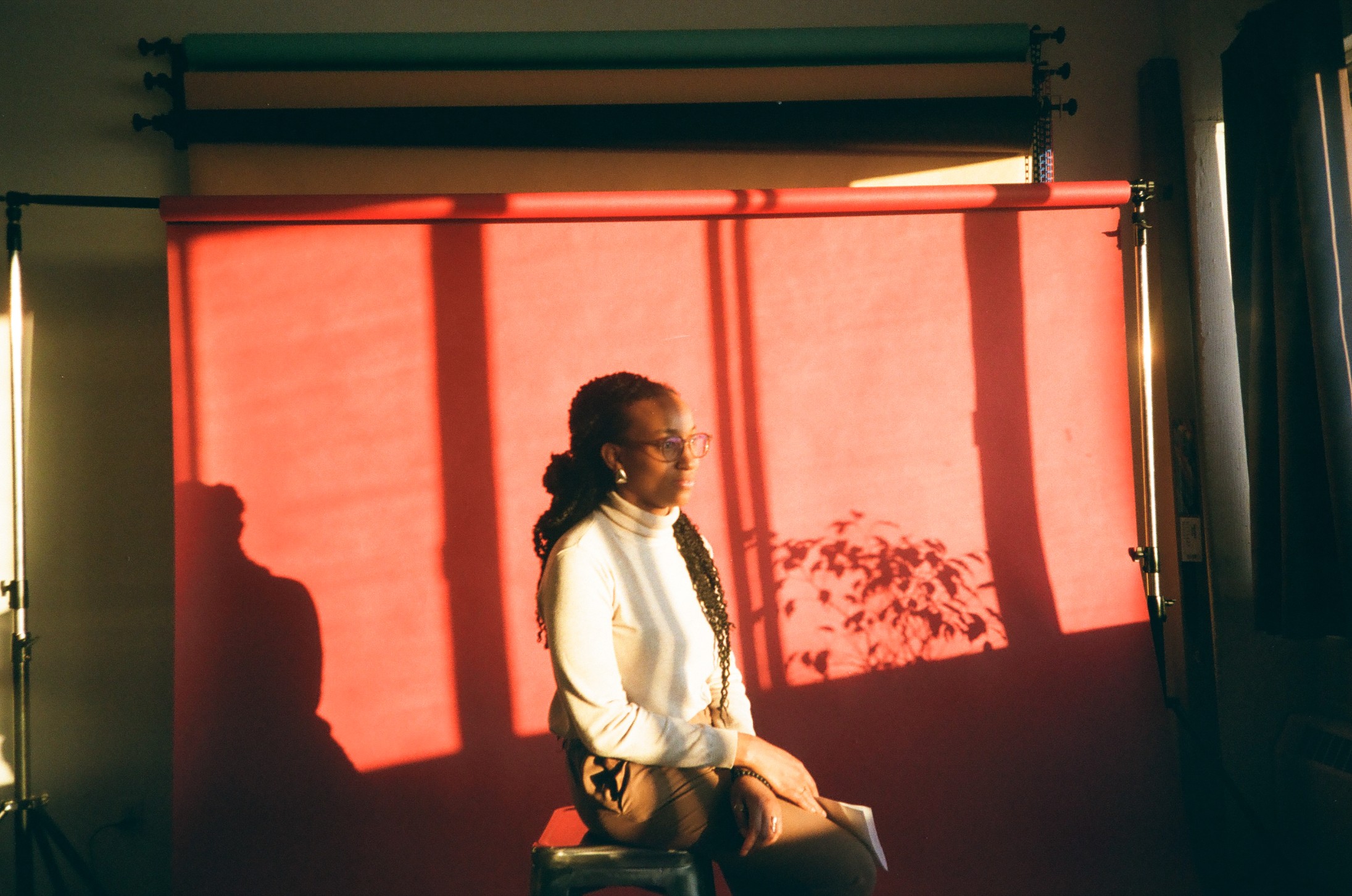 there are no roots at the bottom of this garden

there are no roots at the bottom of this garden
‍
auntie Aisha made baklavas today
she brought them over after church
and we ate them with mom’s beignets
and we drank coffee, the way dad likes it
when it’s not Ramadan at their place
it’s lent at ours
and we feast together, always, in-between
‍
in the evening, we planted a tree in the back yard
it will die before it can bear mangoes
still, it looks stunning in the summer sunlight
even stuck between the tool shed
and the raspberry bush
‍
they cancelled mass in Spanish last week
nobody prays the same yet praising the same god
can apparently still mean people fight about
the color of tablecloths
the best time to share a meal
the direction of true north on a tilted island
‍
i lay down on the burning street in the afternoons
white chalk spreading in my braids
from the drawings of faceless children
i hope it will make me forget
i was once so unhappy, doodling the same houses
the same small rooms, the same, identical people
‍
i lay still, in lace, wax, and corduroy
i dress in checkered skirts a lot too, these days
when i really can’t pick a color
so my mom, my dad, and my land
know i love them all the same
‍
it’s been a full year now,
since we’ve stood at the source of the Nile
gazed upon those waters,
old as our bloodline
and we were never theirs
and they are never ours
even the Saint-Laurent can’t claim us now

i guess water can’t belong to sailors
same as sailors are secretly afraid of the seas
dread them as much as they love freedom
i know Outside always seemed so vast
no matter the magnitudes of Inside
‍
us Mestizos,
us hide-aways
us children with many hand-me-down-lands
we live in the liminal space
‍
only In Between
we have room to unfurl all the flags that are bound to us
mine rise overhead in this small backyard of Saint-Laurent
over the dying mangoes
over the lush raspberries
‍
there are no roots at the bottom of this garden
so we must grow downwards, always
towards all the soils