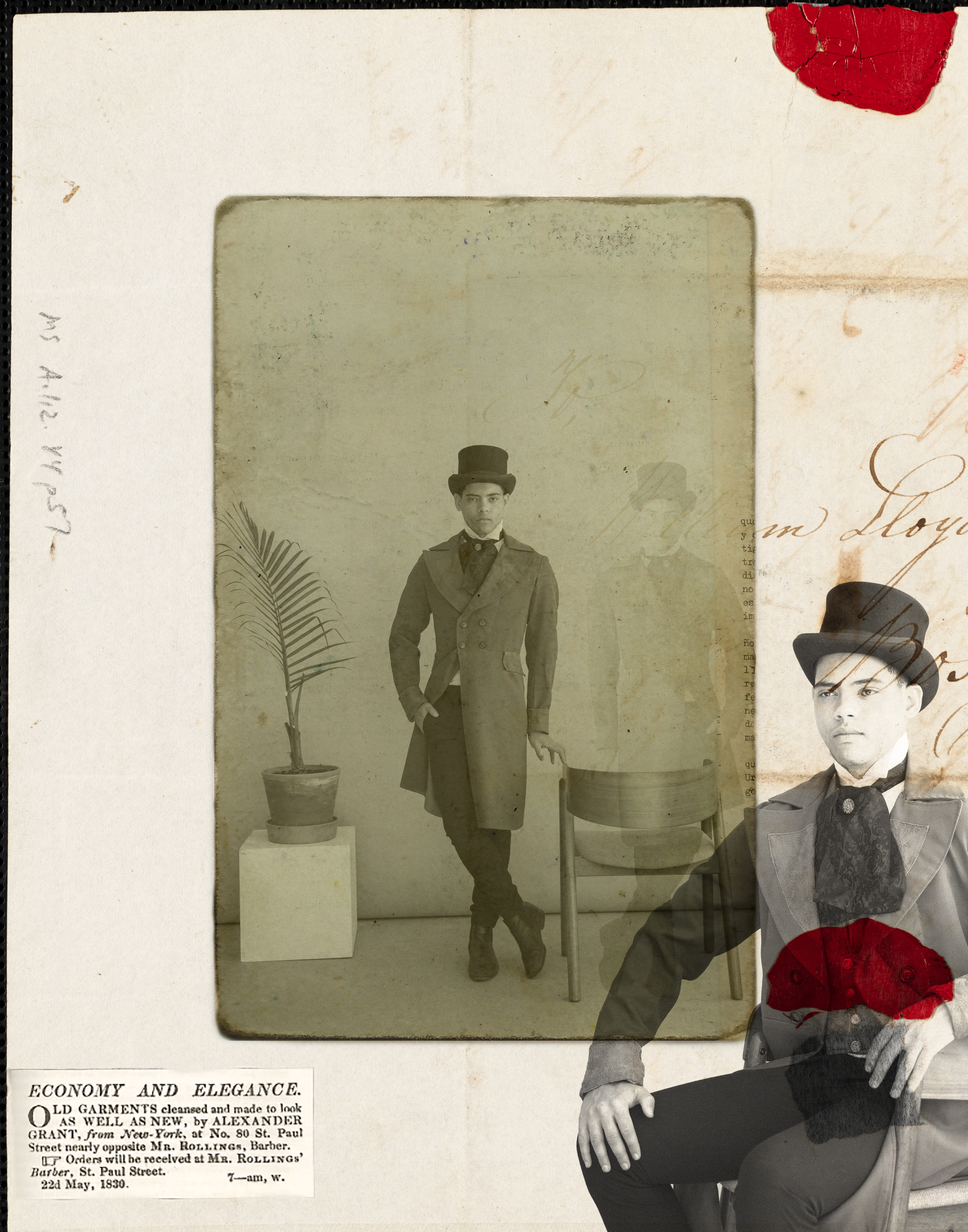 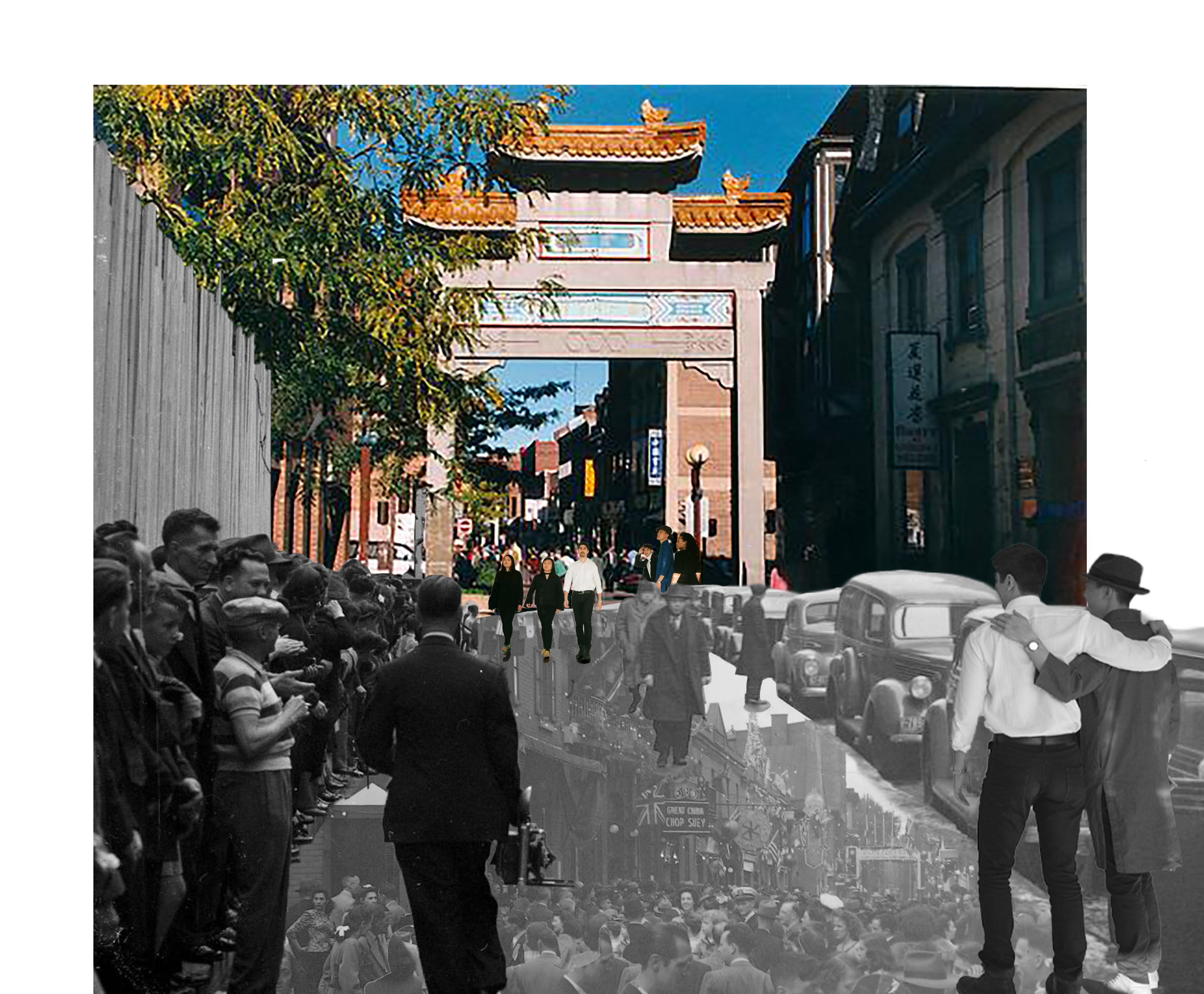 First Chinese individual to be identified in Montreal

The 1825 census of Lower Canada tracked down, for the first time, a Chinese individual in Montreal, in the Saint-Joseph district.

Alexander Grant was the first black activist in Lower Canada. Grant arrived in Montreal from the United States in 1830. He brought together members of the black community, and together they wrote letters to the Montreal newspapers, expressing their thoughts on the abolition of slavery in the British Empire. It became a sort of manifesto and marked the first time black people spoke collectively on a matter of public interest. Back then, he spoke often in the media to share his thoughts on slavery, racism, and exclusion. 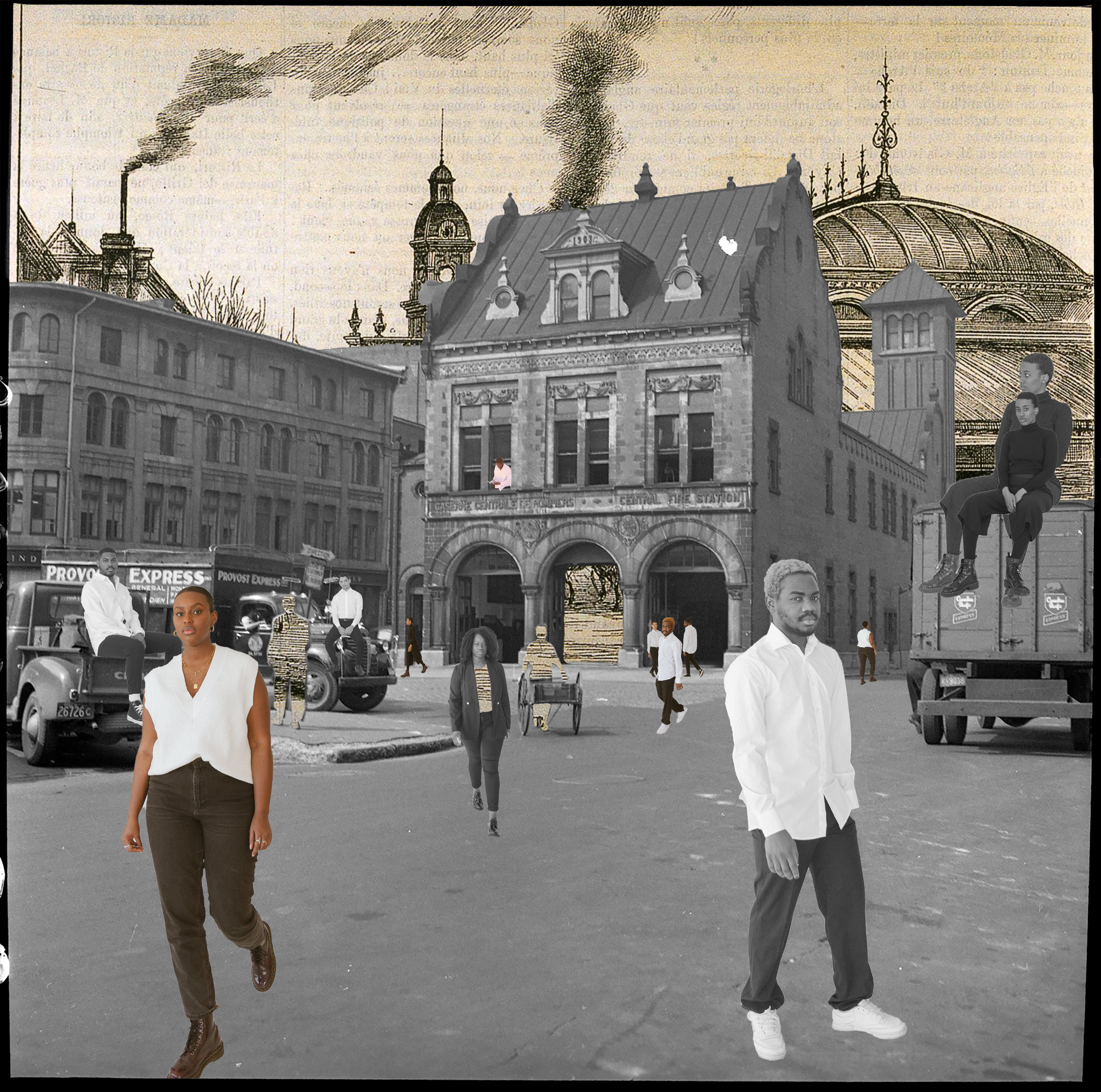 On August 1st, 1834, slavery was abolished in most of the British colonies. Blacks in Montreal met at the former location of Marché St-Anne, now Place d'Youville, in the Old Port of Montreal, to celebrate this news and to hear Alexander Grant give a speech in honor of this emancipation.

Lacrosse, or the “Creator's Game”, was played by several First Nations in North America as a game with a spiritual, social, and political vocation. Around the 19th century, some Montrealers took a particular interest in it, and under European influence, this spiritual game began to transform into a sport. In 1856 the Montreal Lacrosse Club was formed, shortly followed by a team in Kahnawake (date unknown). 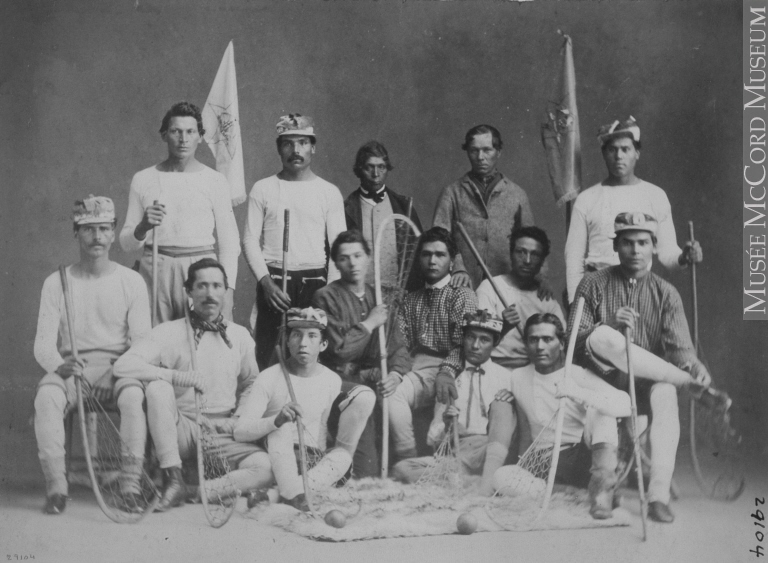 Between the years 1868 and 1890, William Notman photographed some BIPOC in Montreal. These rare photos of racialized people in the archives are vitally important, as they represent the presence of these people in history.

"The Indian Act finds its origins in the Bagot Report, which recommended that Indian affairs be centralized, that children be sent to boarding schools away from their communities and cultures, that Indians be encouraged to adopt the European concept of free enterprise, and that land be individually owned under the Indian Land Registry system. The Indian Act is still in force today, with virtually the same framework as in 1876, despite numerous amendments. ”
‍
“It's a federal legislation that regulates Indians and reserves and sets out certain federal government power and responsibilities towards First Nations and their reserved land. The first Indian Act was passed in 1876, although there were a number of pre-Confederation enactments with respect to Indians and reserves prior to 1876.”
Bob Joseph, 21 Things You May Not Know About the Indian Act, p.7 et Appendix 1 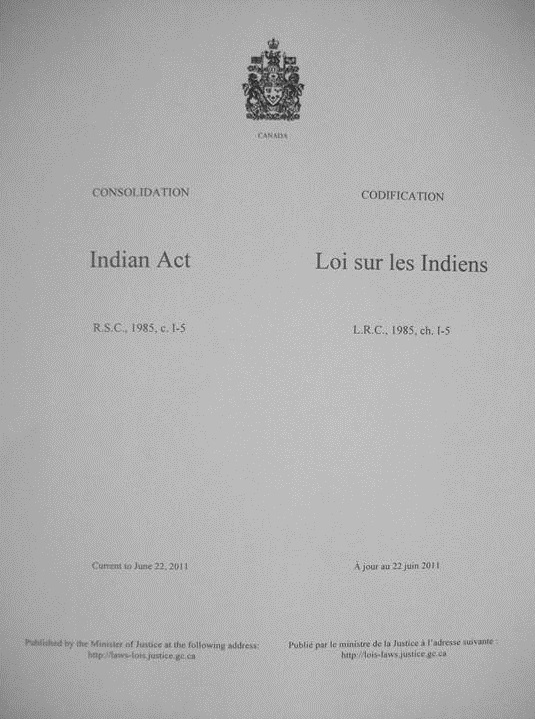 "Reserves were regarded, for much of the 19th century, as places for Indians to be confined until they became “civilized.” Once they had learned “proper habits” of industry and thrift, they could then be released (enfranchised, in the language of "Indian legislation” of this legislation from this period) into society as full citizens, with equal rights and responsibilities. And this meant taking with them a proportional share of reserve assets."
"A reserve is a tract of land set aside under the Indian Act and treaty agreement for the exclusive use of an Indian Band. [...] In reality, reserves were created as a means of containing and controlling Indians while providing European settlers full access to the Fish and Game, water, timber, and mineral resources that had formerly sustained Indian life and culture."
Bob Joseph, 21 Things You May Not Know About the Indian Act, p. 24 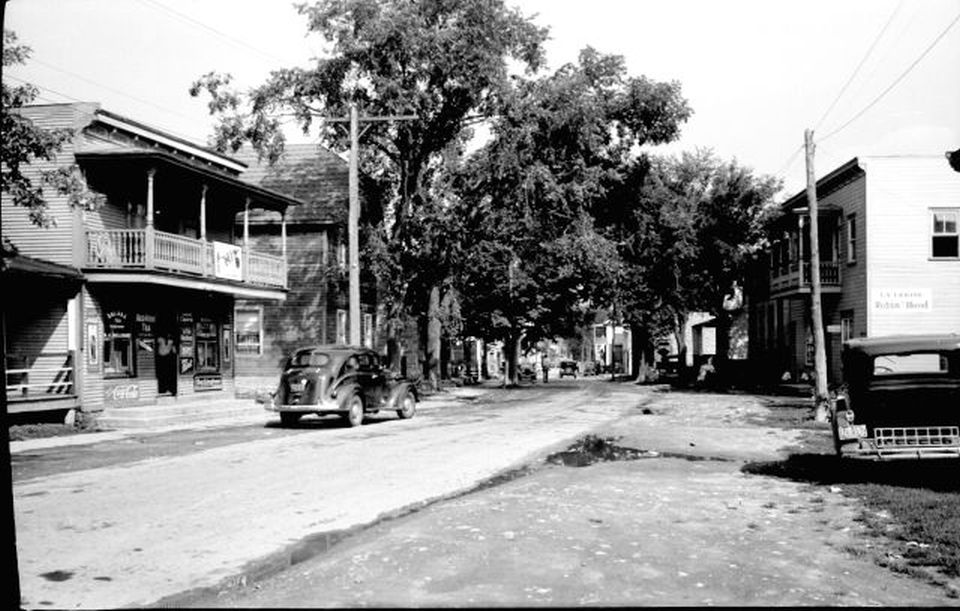 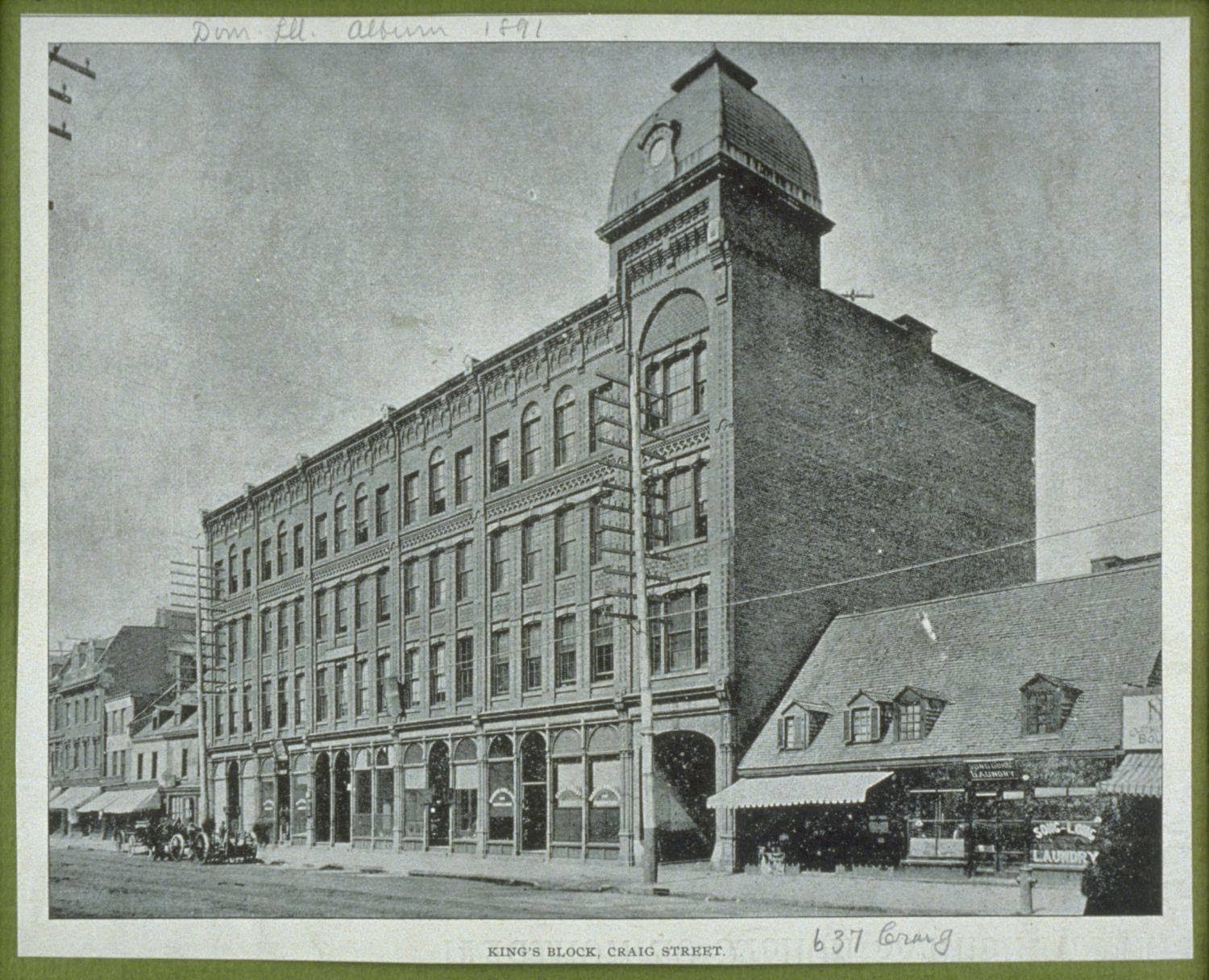 In 1877, Jos Song Long opened the first Chinese laundry room at the corner of rue Greg (Saint-Antoine) and Jeanne-Mance.

In an effort to evangelize, educate and assimilate the native populations of Canada, the federal government established the model of residential schools in 1880. There were nearly 139 residential schools across Canada, attended by over 150,000 children. The last residential school closed in 1996. These establishments would leave many traumas for the residents, traumas which are still felt to this day.

In 2007, following the implementation of the Indian Residential Schools Settlement Agreement, the Truth and Reconciliation Commission of Canada (TRC) was created. Its mission is "to facilitate reconciliation between former residential school students, their families, their communities, and all Canadians." In June 2015, the commission published a first report making 94 recommendations to promote reconciliation between Indigenous peoples and Canadian society. This same report asserted that “the residential schools were a central tool of cultural genocide against the first peoples of Canada. In December 2015, the final TRC report was released and accepted by the Canadian government. 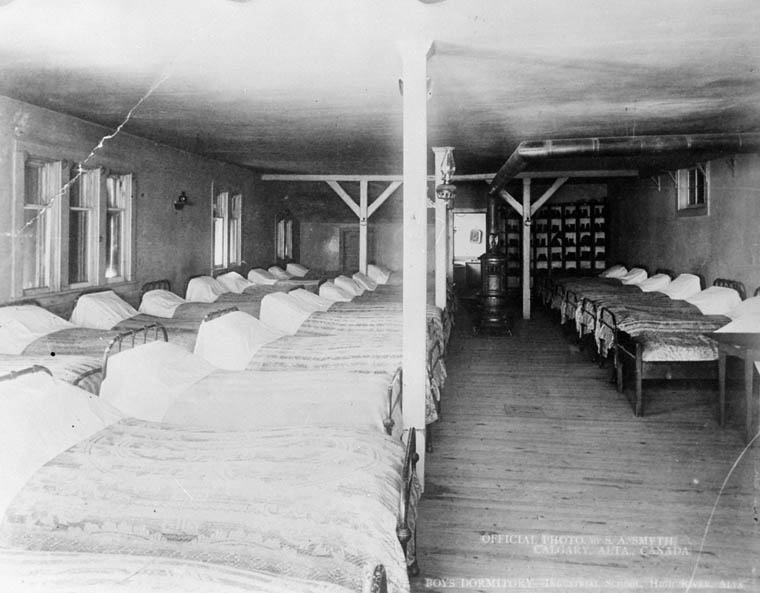 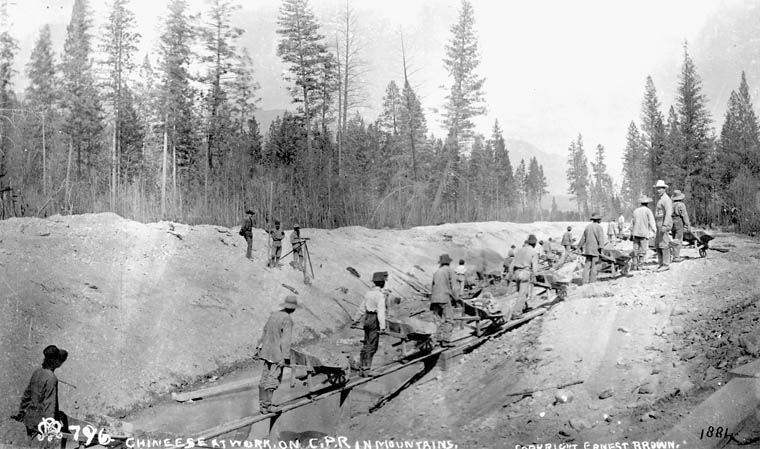 Chinese men come to work on the railway

From 1880 to 1923, the head tax on Chinese immigrants was put in place to limit immigration when Chinese labor was no longer needed to build the Canadian Pacific Railway. Chinese immigrants had to pay a head tax to enter Canada first at $ 50, then at $ 100, and finally at $ 500 (about two years' worth of salary). This represents $ 23 million in taxes that have been paid by approximately 82,000 Chinese immigrants over 38 years. They are the only ethnic group in Canada to have paid an immigration tax due to their ethnicity. 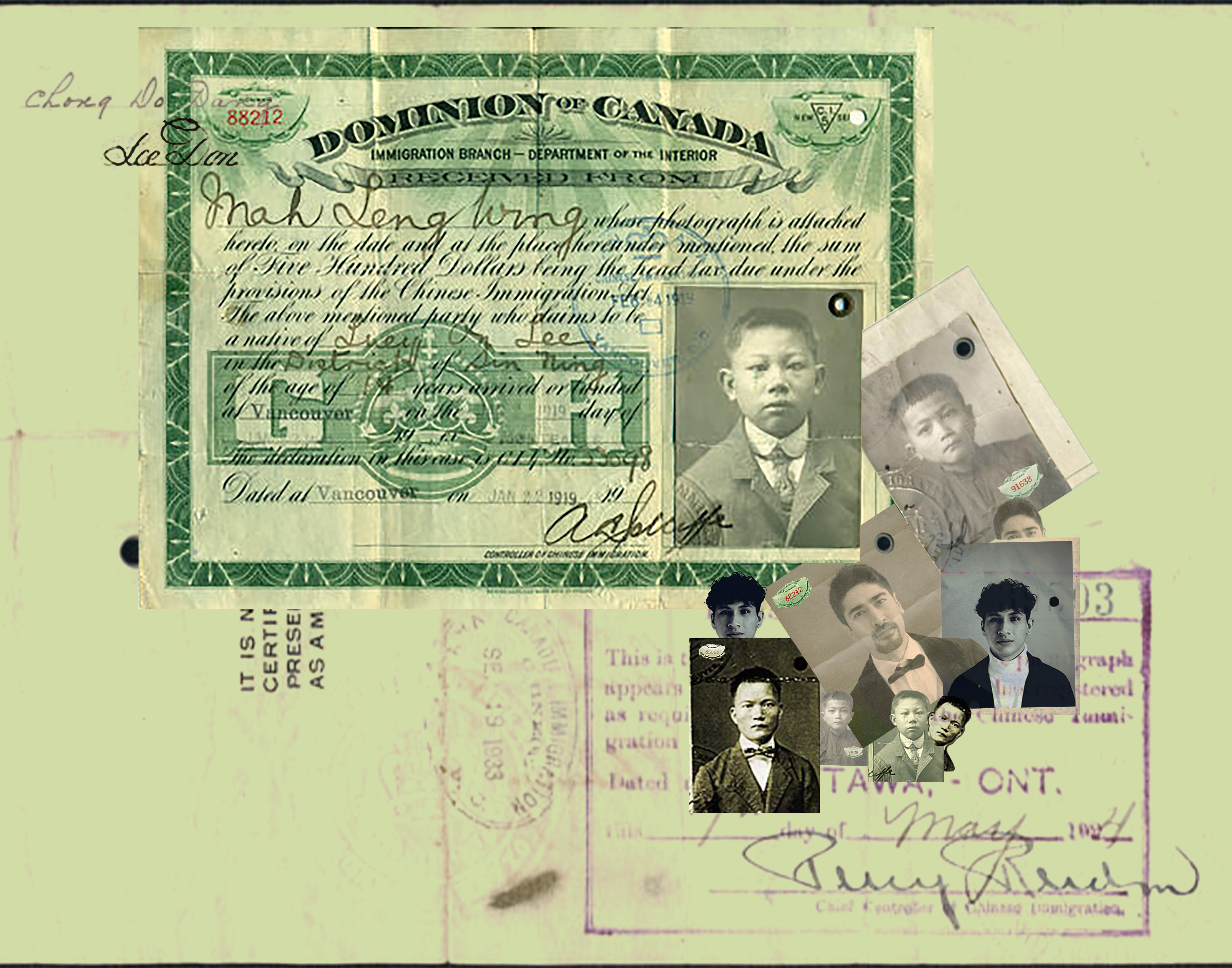 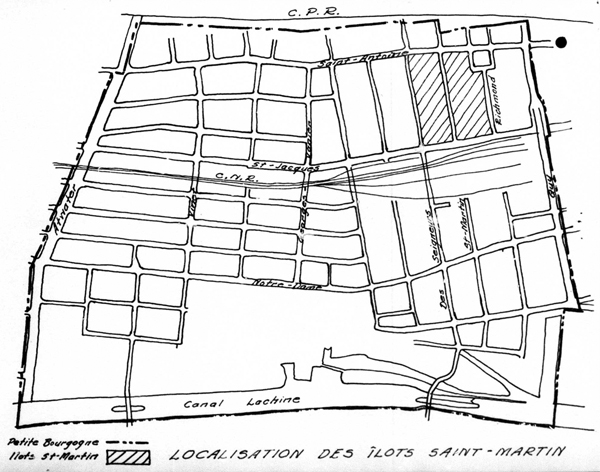 Little Burgundy established a distinct identity as the home of Montreal's working-class English-speaking Black community beginning in 1887. The neighborhood was home to many railway workers from the Caribbean, the United States, and other Canadian provinces. In order to fight poverty, racism, and to promote social inclusion, Many organizations were being born, including the Colored Women’s Club, the Union United Congregational Church, UNIA, and the Negro Community Center.

During the 20th century, Little Burgundy was at the heart of Montreal's nightlife, with its many nightclubs. Many jazz musicians, including Oscar Peterson and Oliver Jones, made the area famous.

Ms. Wing Sing was one of only three Chinese women in Montreal in her day. She was a hotel keeper. She is one of the few people of color to have her photograph in the archives of the McCord Museum. Little is known about her. 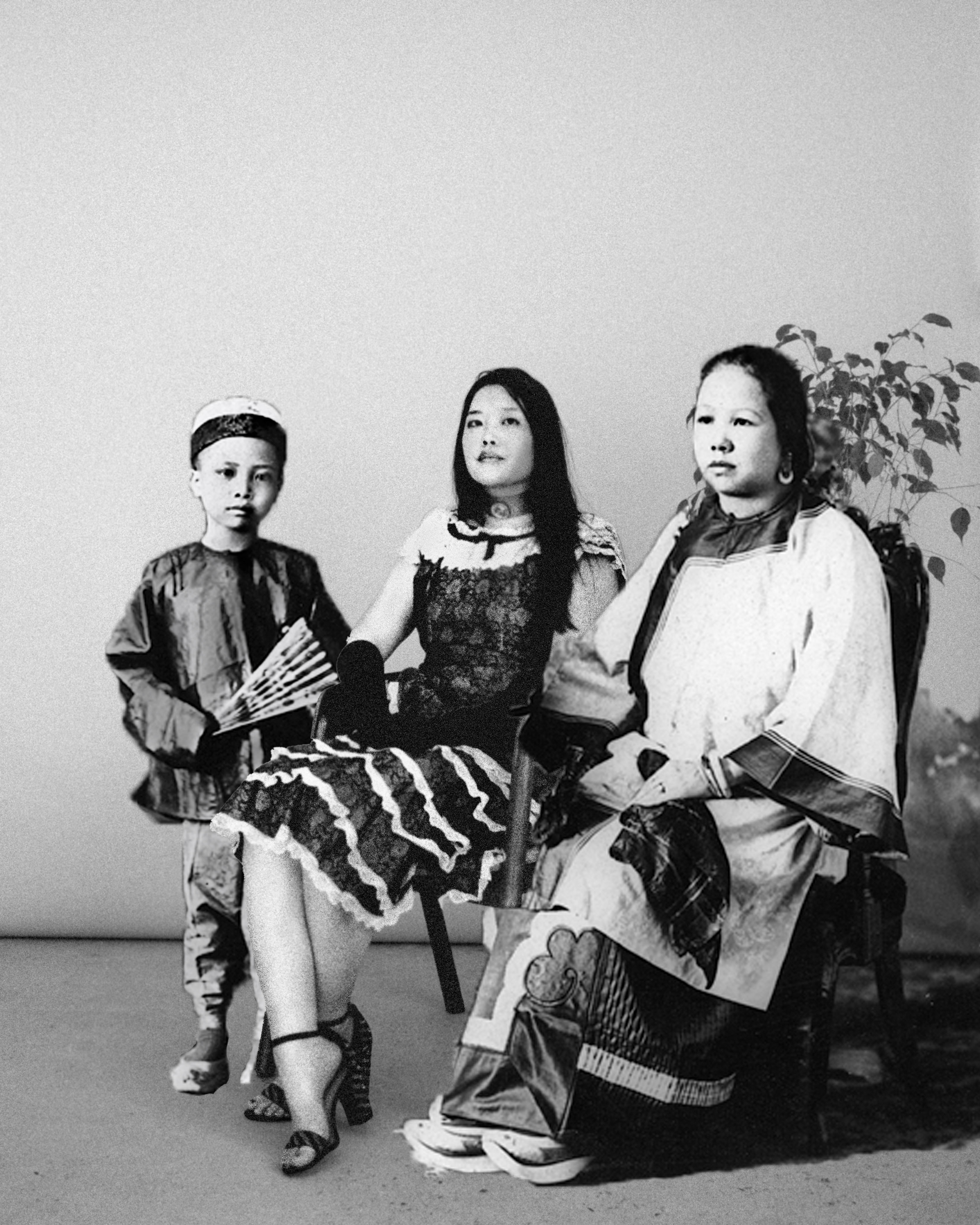 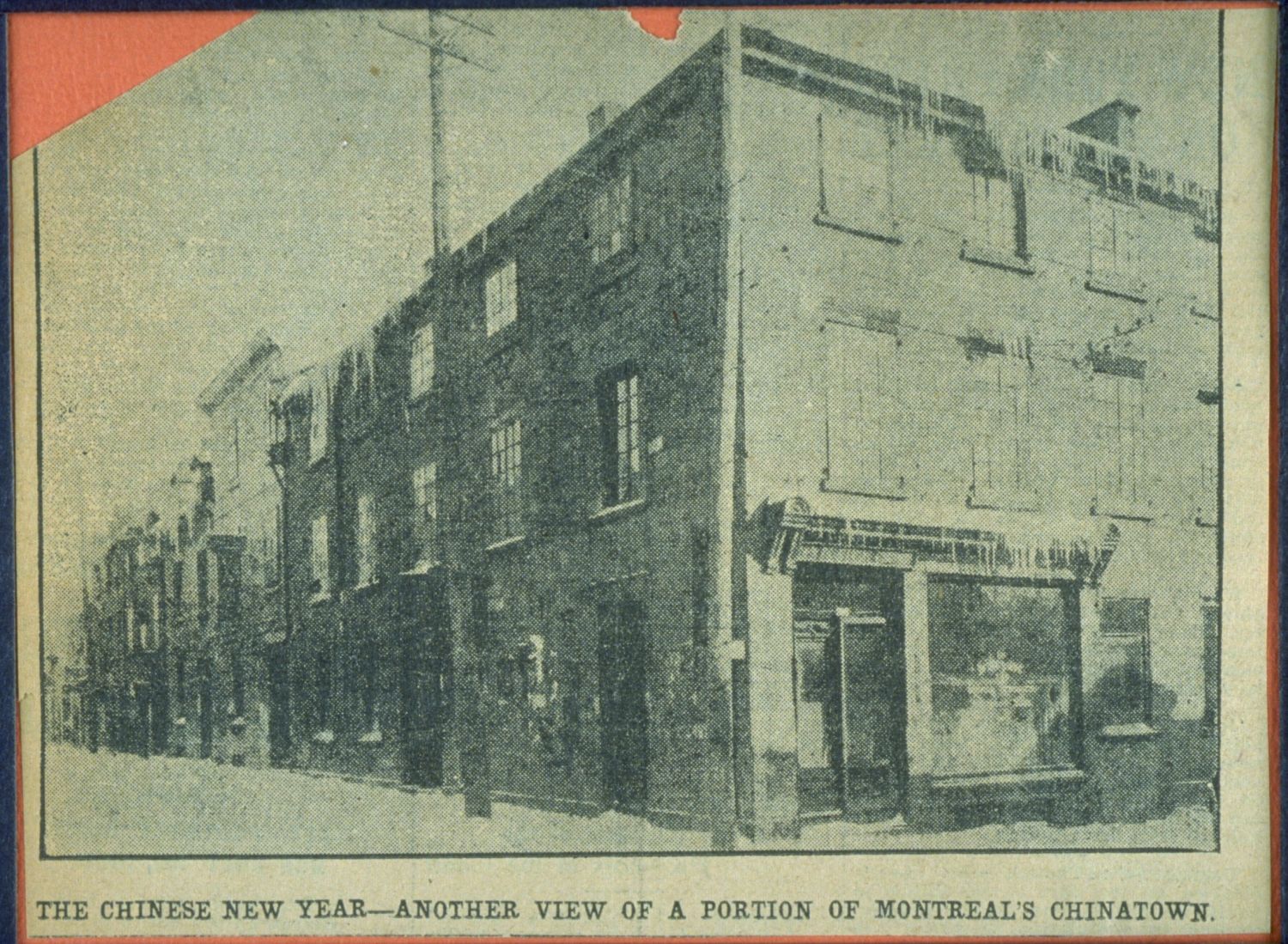 The city administration soon imposed a tax on Chinese launderers in Montreal, who suddenly owed a license fee of $50, compared to $5 or $8 for fruit and vegetable merchants, bakers, and dairy workers. Several Chinese launderers could not pay for this license and refused to do so. Over 100 Chinese were fined for non-payment in 1896 and 1897, and 10 of them were jailed in 1900. Believing themselves to be unfairly taxed, members of the Chinese community signed a petition to the city to request an exemption, but it was in vain. In February 1912, the provincial government passed a law against Chinese launderers in Montreal and they now had to pay a $50 tax in addition to a $50 license fee.

The majority of sleeping car porters were black men. This position was one of the few job opportunities available to black men in Canada. Although the position was respected and prestigious in their communities, the job required long hours for low pay. They could be fired suddenly and were often victims of racism. 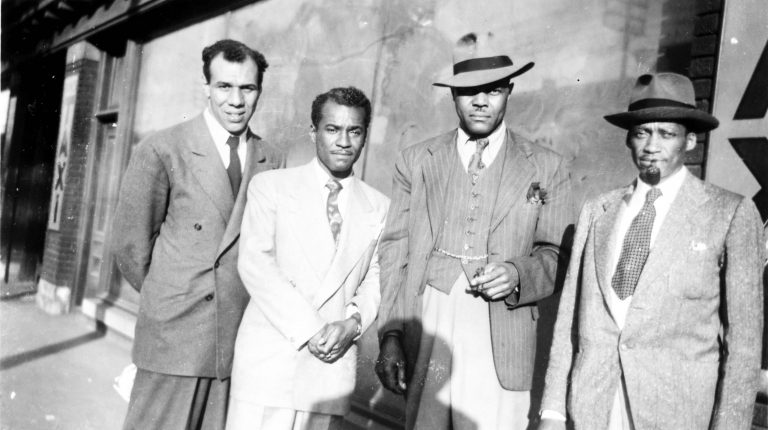