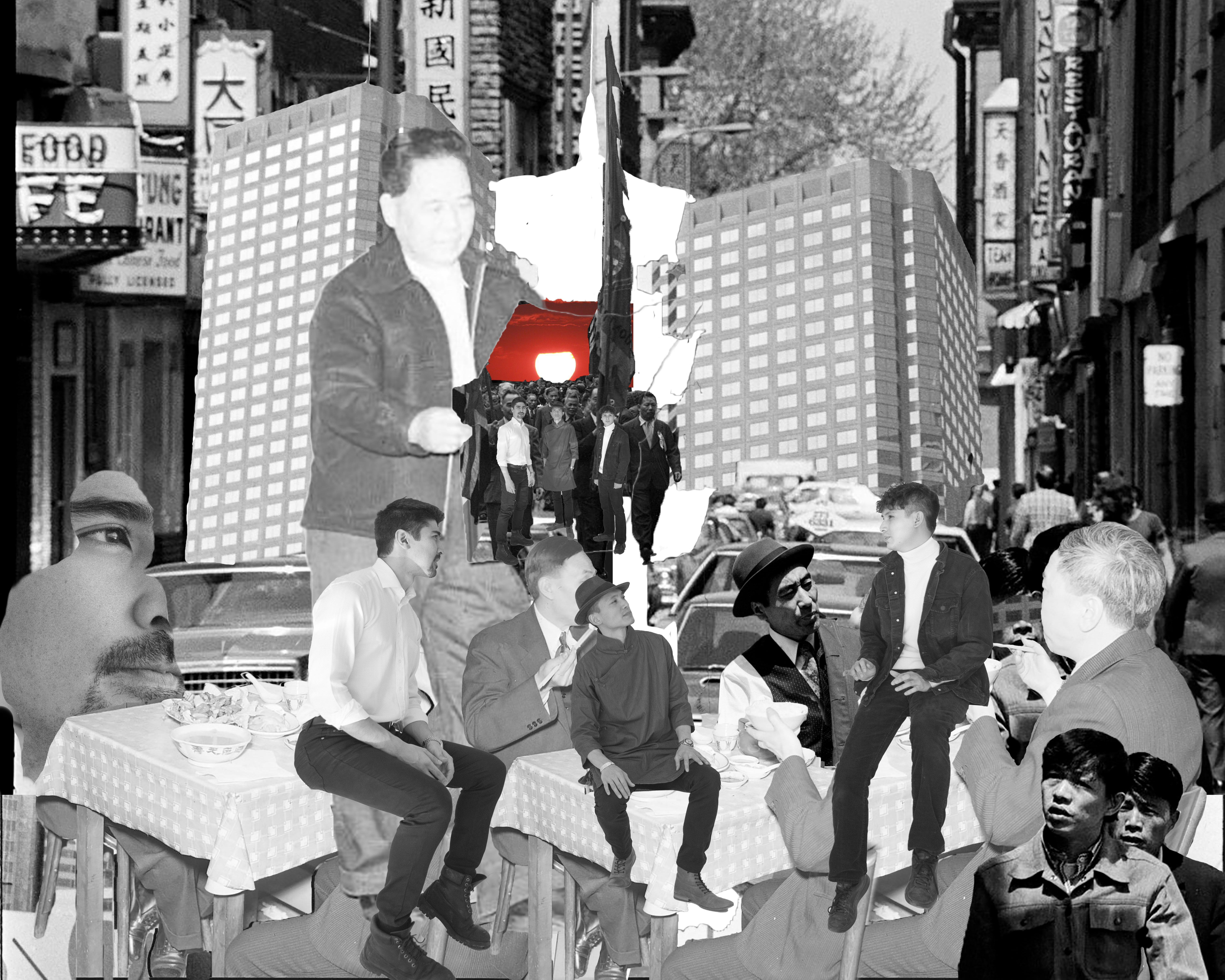 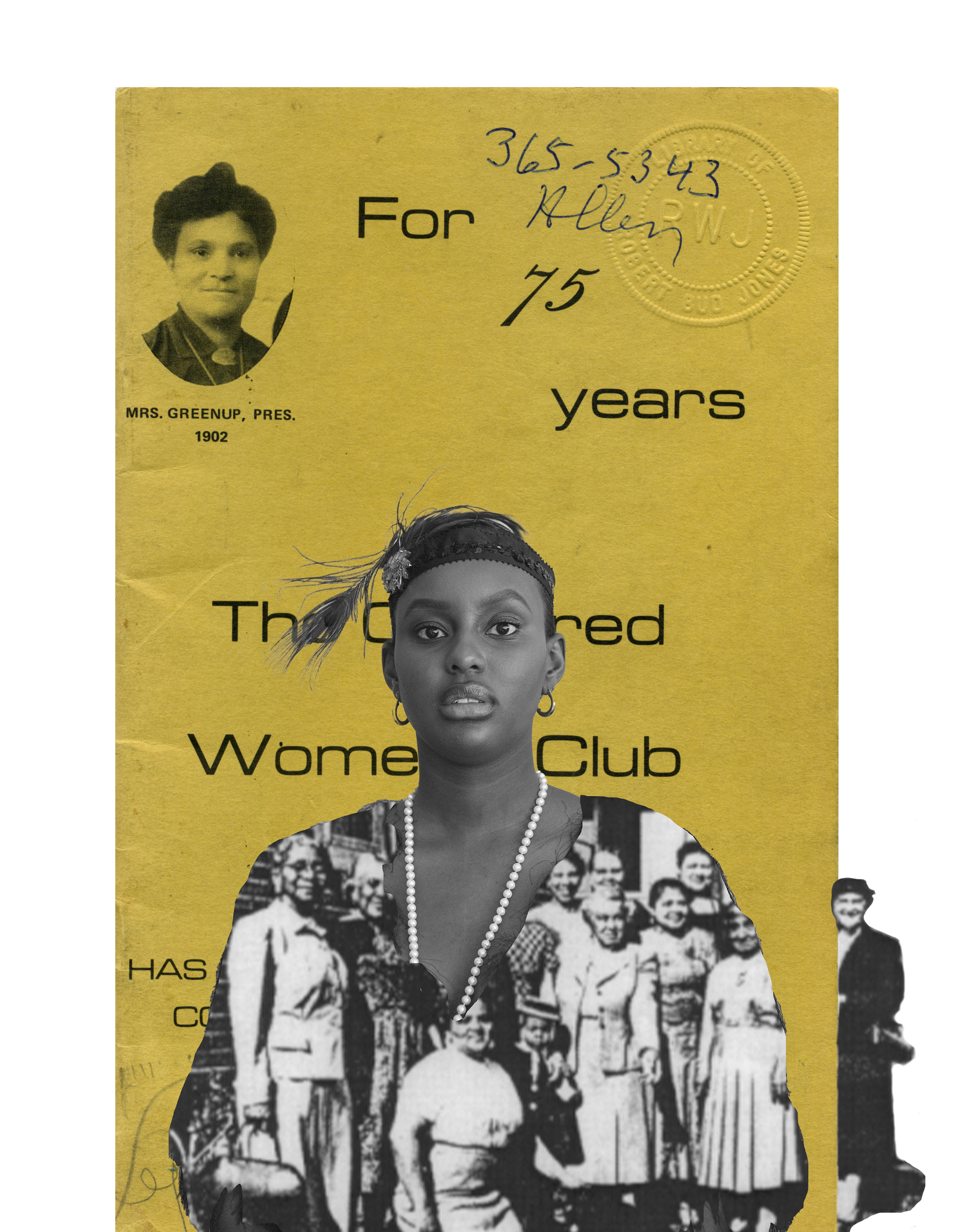 The first noticeable sign of community identity was the founding, in 1902, of the Colored Women’s Club of Montreal (CWCM) in the Saint-Antoine district. The CWCM was also the first women's club founded in Canada. The CWCM concretely responded to urgent material needs such as housing, food, and clothing

The term "Chinatown" appears for the first time in a newspaper

The Chinese community has been established in Montreal since the end of the 18th century. However, the term "Chinatown" appeared in La Presse as early as 1902, to designate the concentration of Cantonese establishments in the Ville-Marie borough of Montreal. It is possible to refer to a Chinese community near the end of the 19th century and the beginning of the 20th century. Back then, the Chinese who came to work on the railroads in British Columbia began to migrate east to escape persistent racism. However, they also faced racism in Montreal, from white Canadians, and were not seen as welcome. Negative stereotypes were amplified by the Canadian media. Many gathered in an enclave which would later become Chinatown, to facilitate mutual aid and protection against discrimination and persecution. 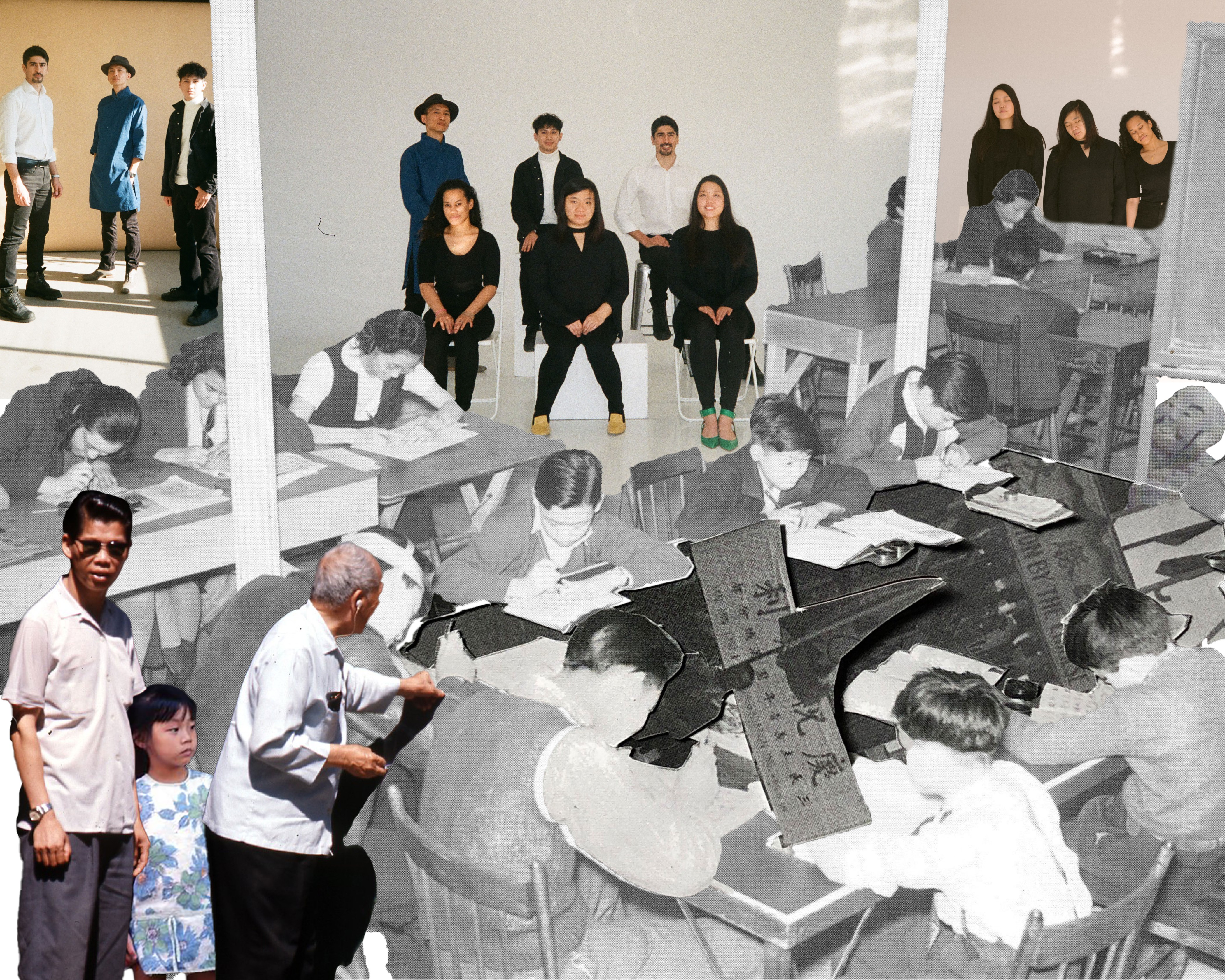 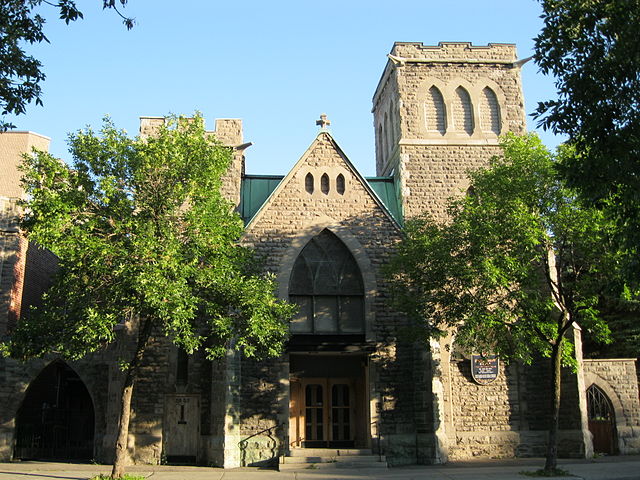 The Union United Church of Montreal is the oldest black congregation in Canada. It was founded in 1907 by several members of Montreal's black community who had experienced racism and were denied access to white churches. The Union United Church was founded by a group of Caribbean bearers employed by the CP "because of the hostility of the faithful when they went to pray in white churches”.

The Chinese Benevolent Association (CBA) is a historic Chinese association established in different regions of North America with large Chinese communities. The association's clientele consisted of Chinese immigrants from the end of the 19th century and their descendants. The objective of the CBA was to serve and protect the interests of the Chinese in the greater Montreal area. Historically, it has played a quasi-governmental role in the Chinese community. 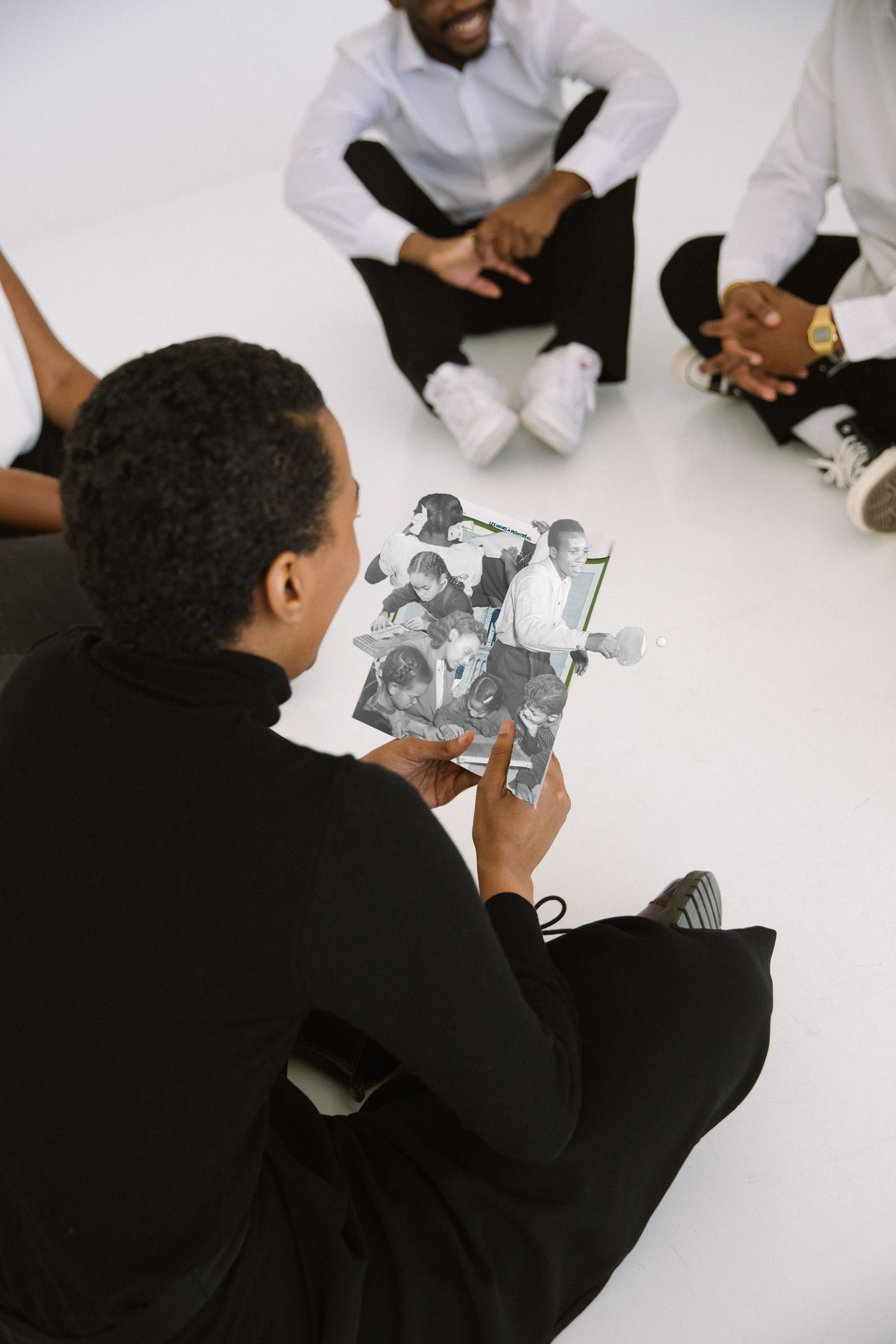 On June 9th, 1919, a division of the Universal Negro Improvement Association of Canada (UNIA) was founded in Saint-Antoine by Marcus Garvey, by members of the West Indian community and thanks to the initiative of the leaders of another black organization already established in Montreal. Their goal was to provide a positive place to express pride in the racial heritage, history, and culture of Blacks and to improve the living conditions of Afro-descendant people. They promoted autonomy and independence. Although the railway companies were the main employer, West Indian entrepreneurs attempted to create a strong black economic base in Saint-Antoine. A commemorative plaque now is located at 2741, rue Notre-Dame Ouest.

In 1918, a serious influenza epidemic raged on, and the Chinese community was very vulnerable. The Missionary Sisters of the Immaculate Conception opened a place to take care of the community, but closed it in 1919, after the end of the epidemic. In 1919, the Chinese Benevolent Association bought an old synagogue at 112, rue De La Gauchetière. The CBA wanted to convert the building into a permanent Chinese hospital, with more space and resources. The administration of the institution was entrusted to the nuns of the Immaculate Conception. 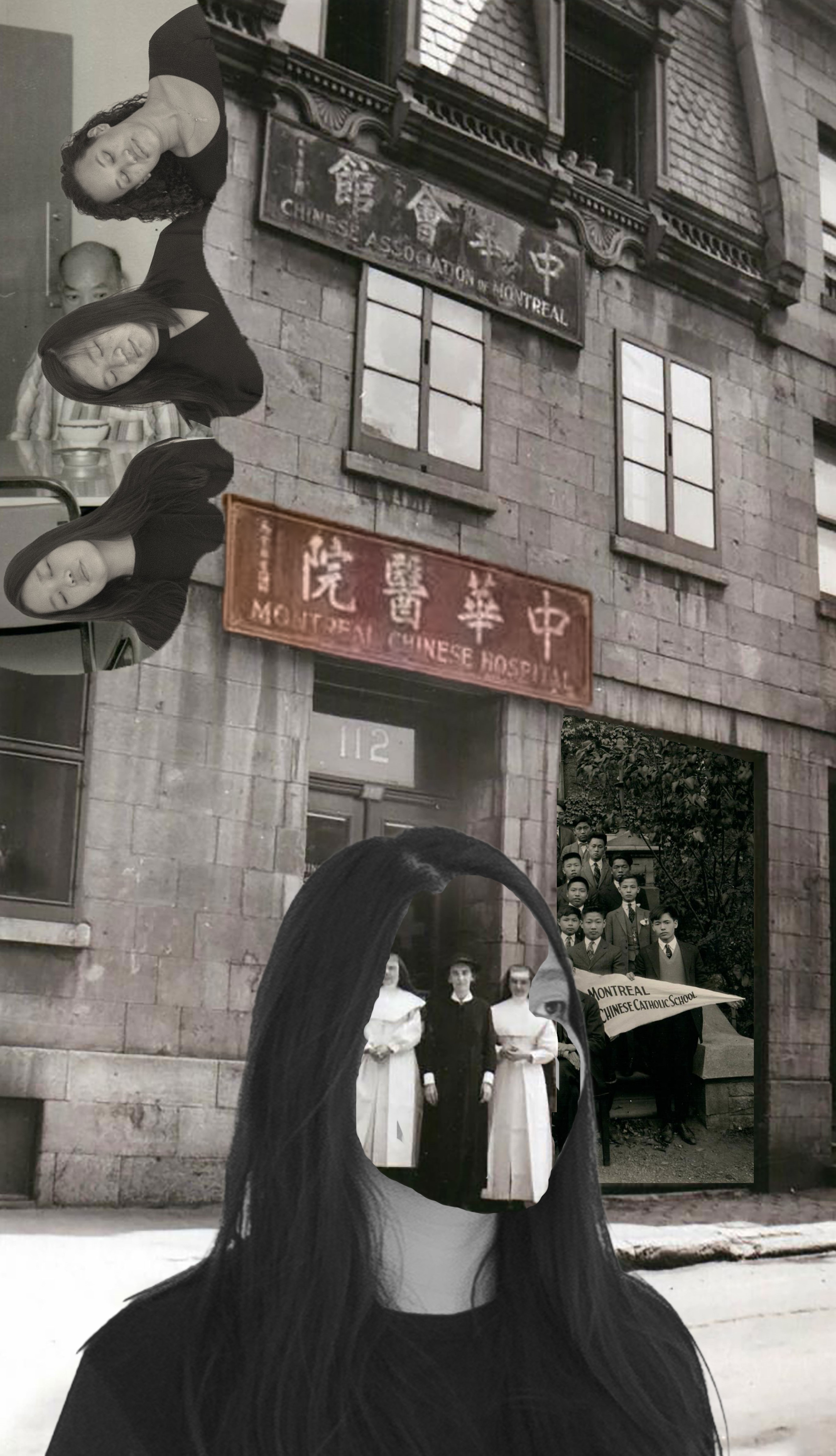 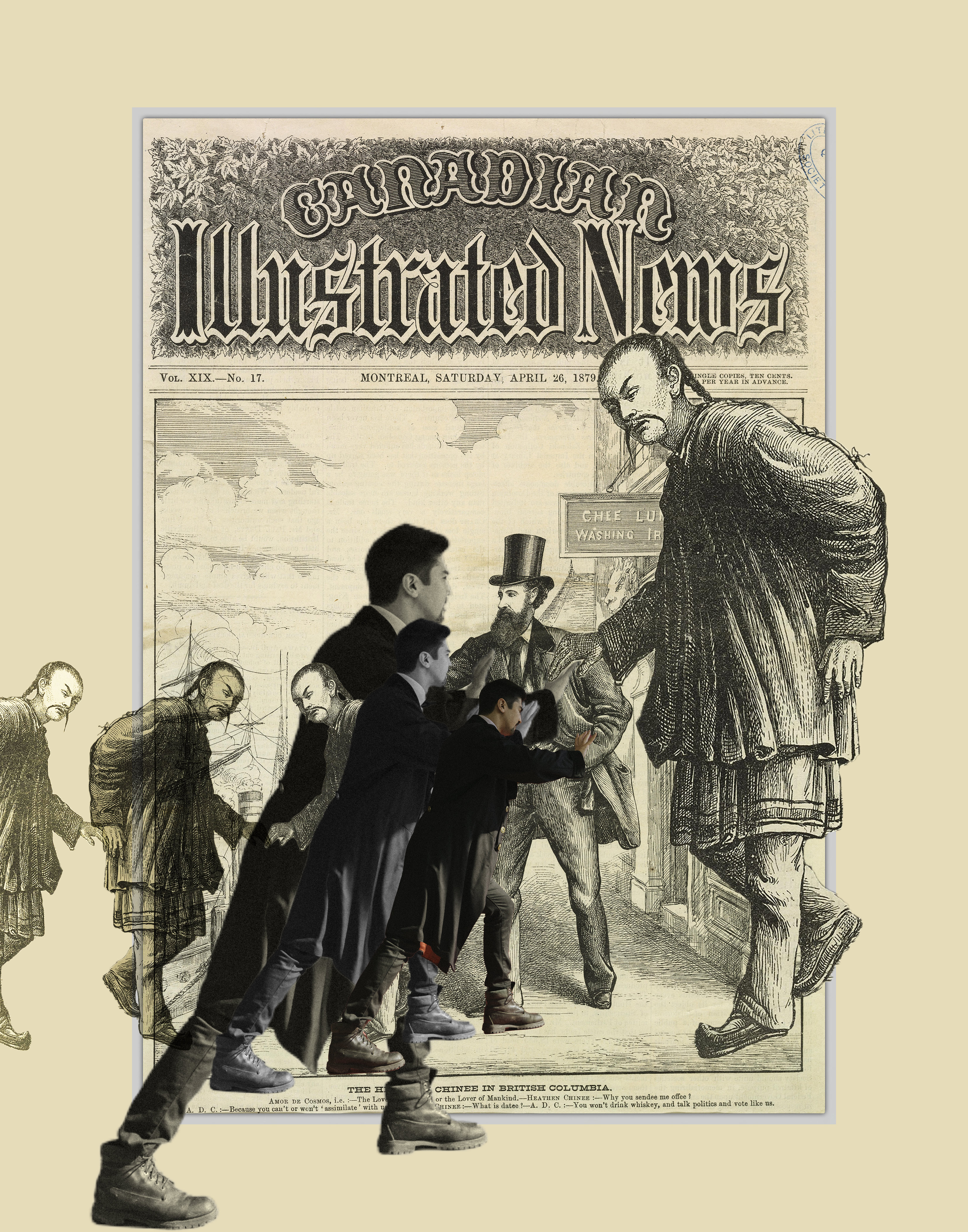 On July 1st, 1923, the Chinese Immigration Act was passed prohibiting the entry into Canada to all Chinese immigrants or British citizens of Chinese origin, except business people, diplomats, and students. This day is also known as the "Humiliation Day" for Chinese-Canadians. Between 1923 and 1947, only 12 Chinese were admitted to Canada. This law had a significant impact on the demographics of Chinese-Canadian communities since it prevented the entry of women to the country, and therefore the renewal of the community. In 1931, among the 46,519 Chinese, there were only 3,648 women. This amounted to forced family separation, and thousands of Chinese men toiled companionless and childless, not knowing when they would see their wives and children again.

The Negro Community Center (NCC) was created to alleviate social and economic conditions and to promote the social advancement of blacks in Greater Montreal. The NCC began its work by renting premises in Saint-Antoine, in the borough known as Little Burgundy. 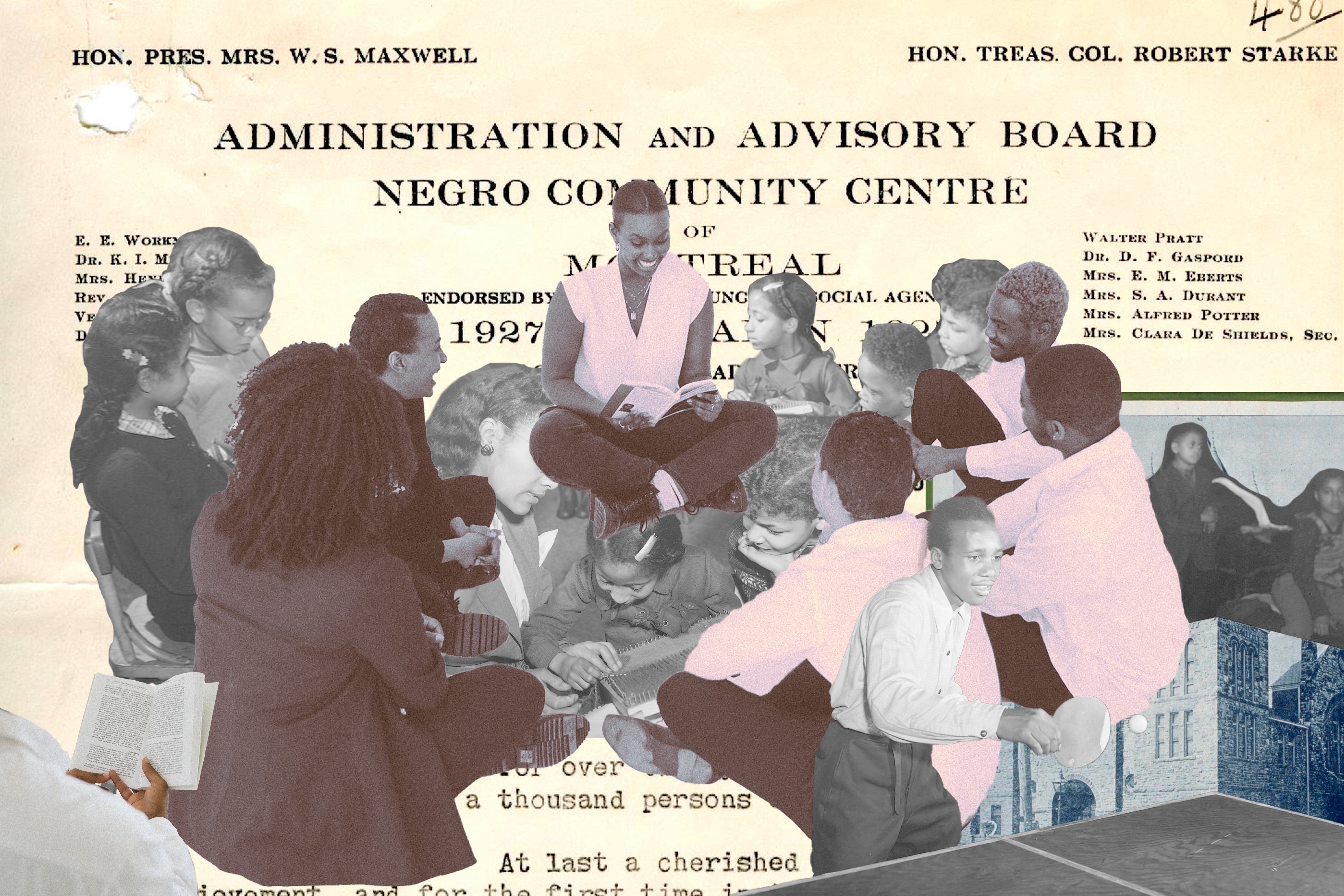 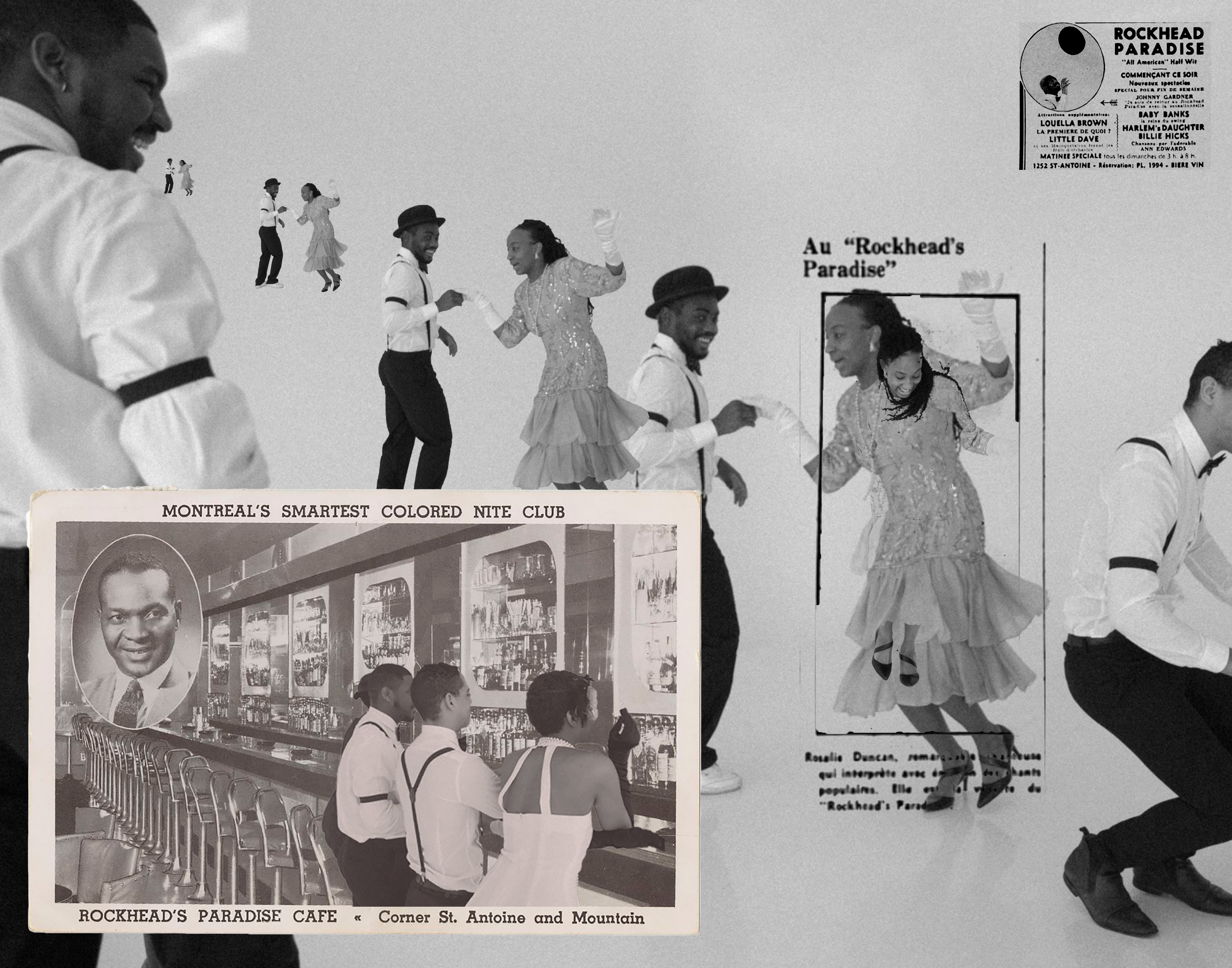 Rockhead's Paradise was a jazz club located in the Little Burgundy district of Montreal, at 1258 rue St-Antoine Ouest. It was founded in 1928 by entrepreneur Rufus Rockhead and was the first black nightclub in Montreal. The club has hosted big names in American jazz such as Louis Armstrong, Billie Holiday, Ella Fitzgerald, Lead Belly, Nina Simone, Fats Waller, and many more.

Fred Christie and two friends went to the York Tavern, which was attached to the Montreal Forum, for a beer, in July of 1936. Since Christie was black, the staff declined to service them. Christie sued them, and this case ultimately reached the Supreme Court, which ruled that the York Tavern was within its rights to deny service to people based on race. 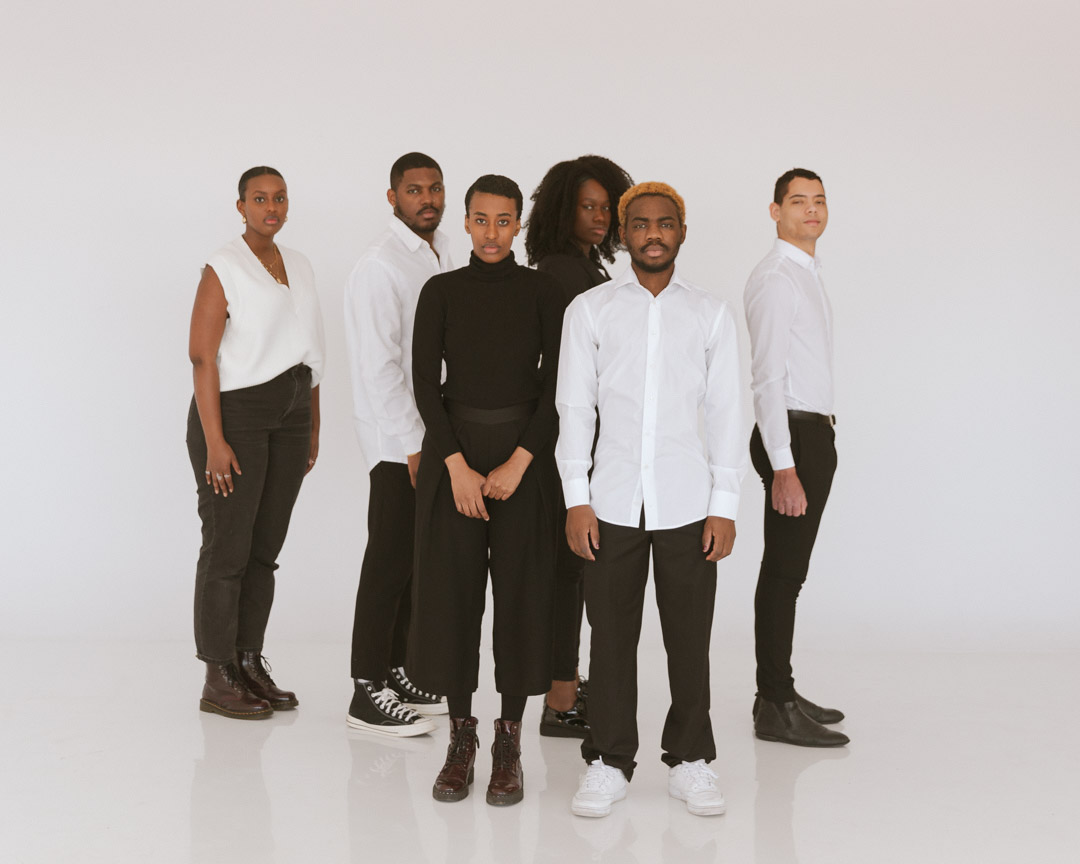 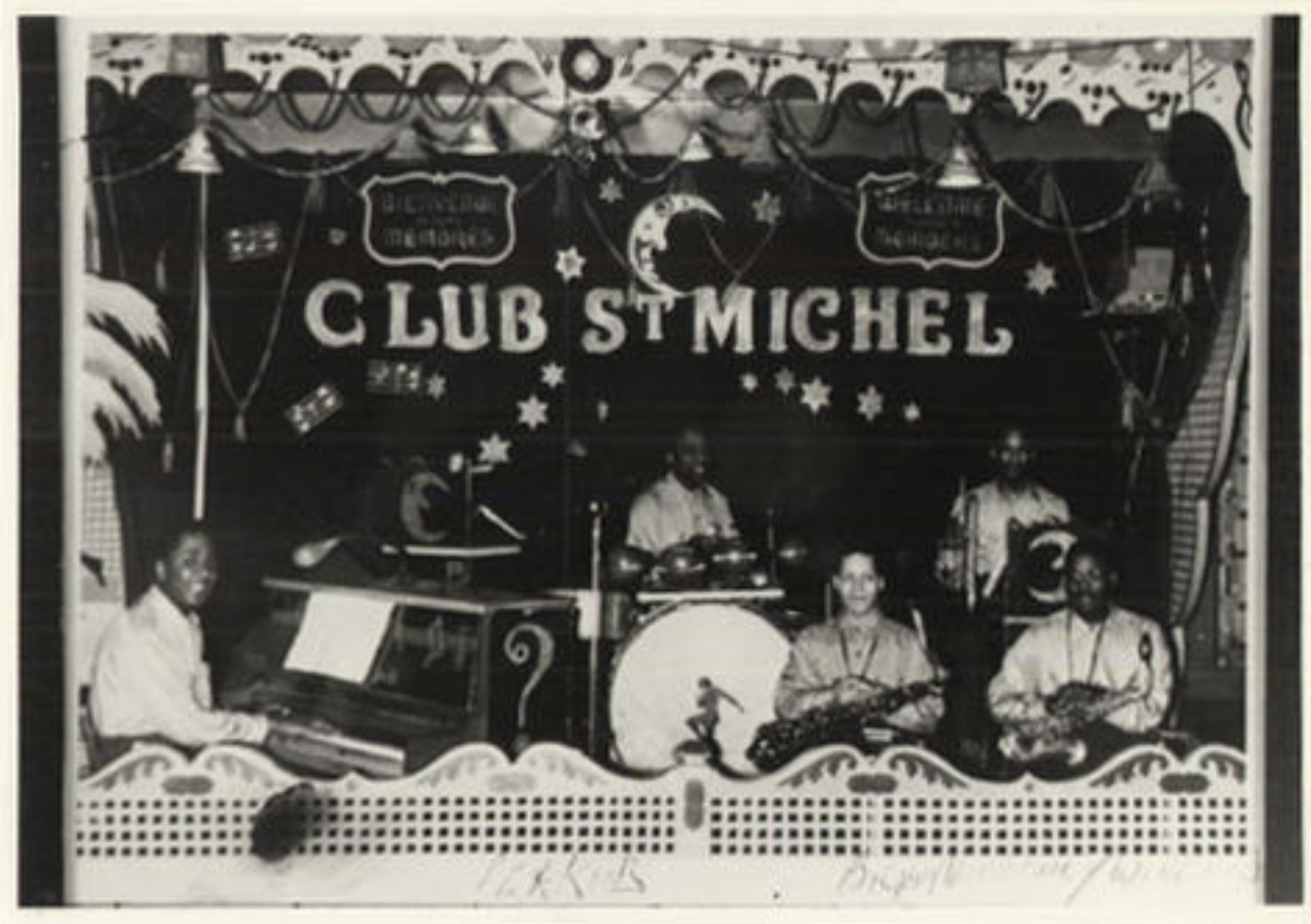 In the 1940s and 1950s, Le Café St-Michel was an important cabaret located on rue de la Montagne. This had a major impact on the history of jazz in Montreal.

On September 2nd, 1945, the grand V-J Day (Victory over Japan Day) parade took place on De La Gauchetière Street, in Chinatown in Montreal. Japan's official surrender had just ended an eight-year grueling war that began in 1937 with a brutal invasion of China. The end of the conflict was the herald of a new era for all Chinese. 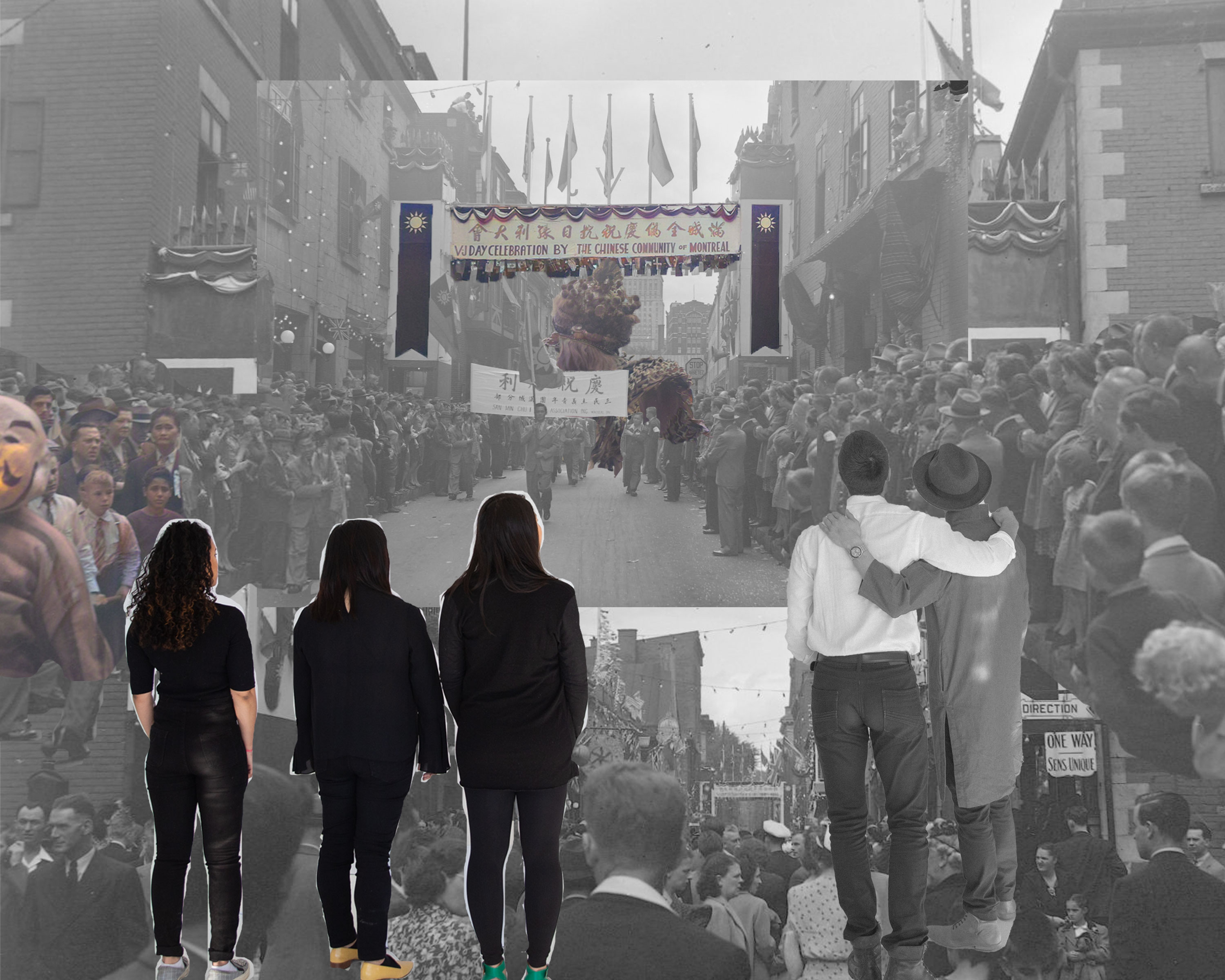 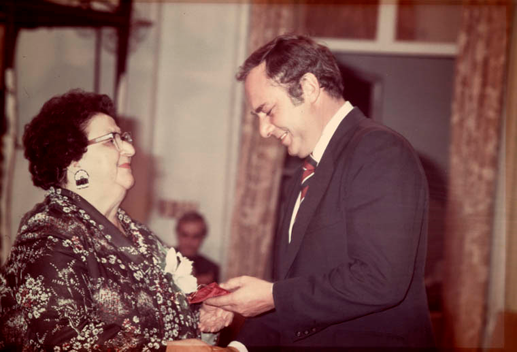 Mary Two-Axe Earley was a Kanien'kehá:ka (Mohawk) elder. She was a human rights activist and an advocate for women and children. She was a driving force behind the Canadian women's movement. Her political advocacy aided in the formation of a coalition of allies to challenge discriminatory legislation against Indigenous women in Canada.

Voting rights for all indigenous people 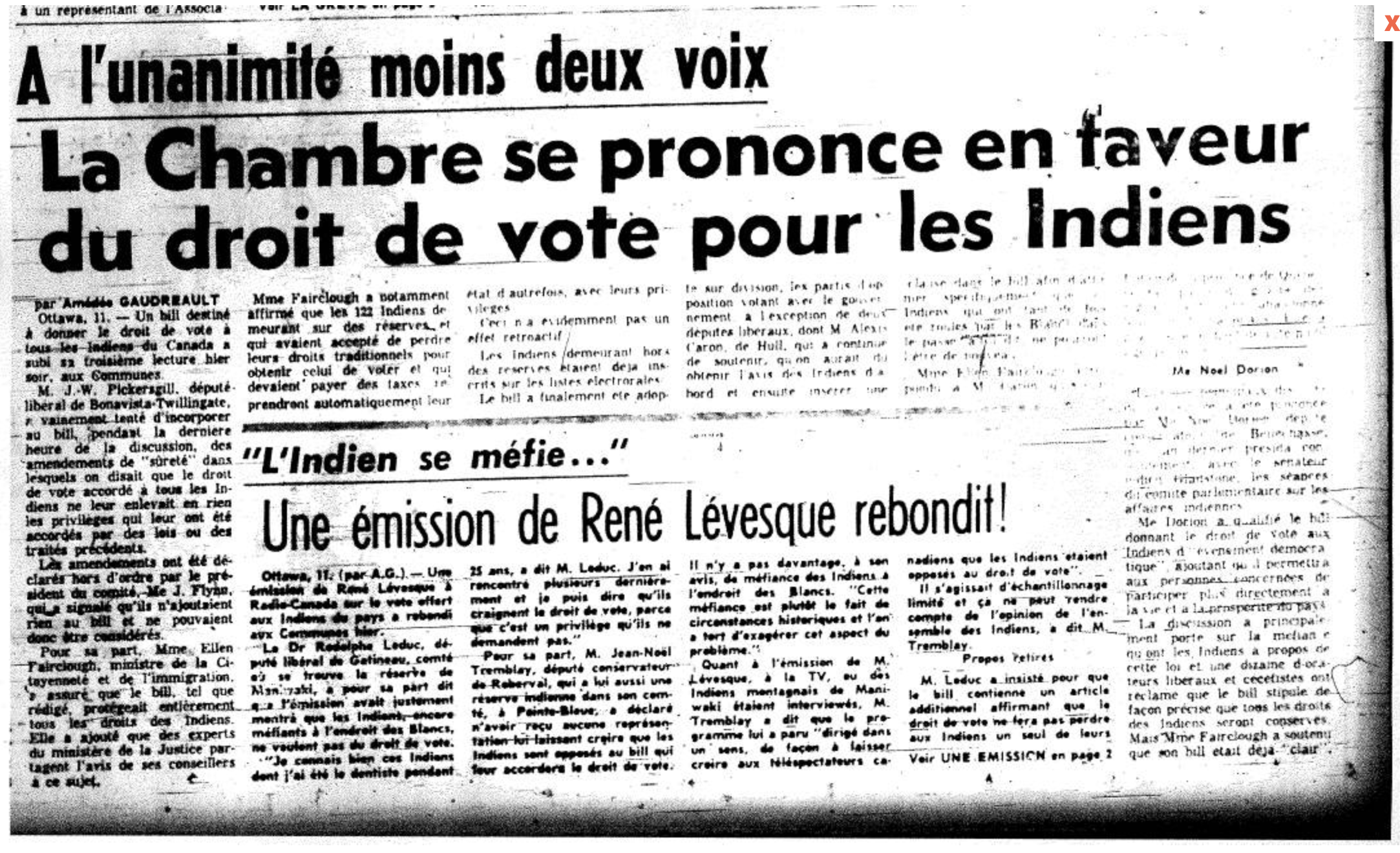